When I was applying to colleges in 1994, I thought only extremely smart or talented people attended Harvard. I had heard stories about the rich buying their kids’ ways into Harvard, but I was unaware of the details.

As a public school kid with an OK SAT score, a 3.6 GPA, and unspectacular extracurricular activities (tennis team captain vs. eradicating malaria in a small village in West Africa), I decided to save myself hundreds of dollars in application fees and apply to mostly local state schools like UVA, Mary Washington, and William & Mary instead. Paying less than $3,000 a year in in-state tuition even back then felt like a steal.

After graduating from William & Mary, I got a job in the international equities department at Goldman Sachs in NYC. That’s where I got to interview hundreds of Ivy League and other elite private institution graduates as part of Goldman’s consensus-driven interview process where even grunts get to interview candidates.

We ended up rejecting over 95% of the candidates due to poor fit. It wasn’t that they were not smart, because they were. We only wanted people we could sit next to for 12-14 hours a day. It obviously helped if they had an international background, spoke multiple languages, and had a passion for equities. But we were mostly looking for great teammates.

Rejecting the majority of elite private college graduates made me realize they are no different from you and me. For the next 13 years, I’d compete with these folks on the ruthless battlegrounds of finance and smash them to bits most of the time because of my hunger. Coming from a non-target public school background with middle-class parents, I wasn’t going to squander my opportunity for financial independence.

Today, I am a small business owner with business owning friends. Recently, some of us have noted a growing negativity towards alumni of elite private schools. This is a problem (or a solution) for parents who plan to spend lots of money starting in grade school in the hopes their kid will attend a school like Harvard. This is also a potential problem for private university alumni who might unfairly be judged by the masses.

If you are one of these alumni, don’t be upset about the trend against the 1%. Instead, read with an open mind and pay attention as your future or your kids’ future might depend on it.

This article will address:

One of the reasons Harvard University fought so hard to keep its admissions process a secret was because it didn’t want the world to judge it for how it picked winners and losers. Due to social media and the internet, they knew that the jury of public opinion would come down on them like a guillotine.

Here are some interesting things we’ve learned so far from the Asian-American discrimination lawsuit against Harvard:

~40% acceptance rate for children of donors

Think about these statistics for a bit. If you are simply born into a family where one of your parents or grandparents went to Harvard, you have a 5X greater chance of getting into the University than someone who has no legacy status.

One can argue legacy admissions help create a stronger university culture, and that there should be some preference. Maybe a 1X boost to 11.8% would be fair. But a 5X preference seems excessive.

Meanwhile, if you donate money to Harvard, which already has the world’s largest university endowment at over $35 billion, your child’s acceptance rate chances go up by 7X the average admissions rate.

Based on intimate conversations I’ve had with a Harvard undergraduate and business school alum who also was on their fundraising committee for a couple years, between 2000 – 2010, you could donate between $250,000 – $500,000 and effectively help give your child a 7X advantage. Today, he says the donation figure is “in the millions.”

Now imagine you are a legacy candidate whose parents are also rich enough to donate millions of dollars to Harvard. You’ve got a 12X greater chance of getting into Harvard than some smart kid with great extracurricular activities whose parents are not as rich or connected enough to help. You are practically a shoe-in.

This is not a meritocracy by any means. This is affirmative action for the rich and connected – the very people who need the least amount of help.

With the number of international students applying to US universities growing, it’s only natural to expect the acceptance rate to continue shrinking despite the reality that education via the internet is now free. In other words, the overall madness of paying enormous sums of money for a depreciating pedigree continues unabated. However, I believe this situation will eventually change, at least here in America. 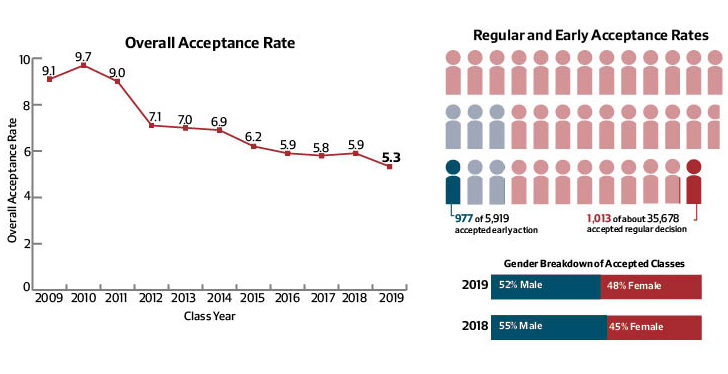 But What About The Brightest Students?

However, Harvard and other private institutions should at least acknowledge they use race, legacy, money, and athletics as determinant factors in their subjective crafting of an incoming class. To tell the world they they do not discriminate against Asian-Americans is an insult to our intelligence. They should own their decisions to discriminate with pride! 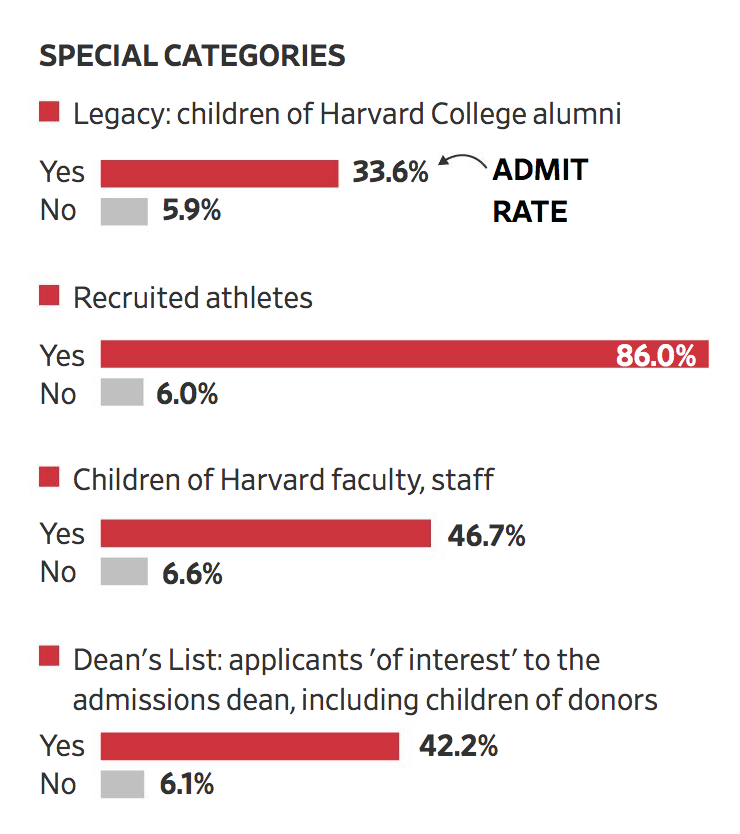 But the real fallout may rain on those private university graduates who actually have no legacy connections and no donor parents. The majority who simply got in due to merit.

Further, what about the legacy and donor graduates who may have been able to get into Harvard without receiving massive, non-merit based advantages? They may be unfairly sullied as well.

As the reputations of such private universities decline with the wider understanding of how the system works, there is one clear solution to help the most deserving private university graduates:

Clearly state on your resume or job application: not a legacy or a donor graduate.

By clearly stating you got no help from what society hates most about the aristocracy, you distinguish yourself and enhance your accomplishment.

You may feel that highlighting you are not a legacy and not a donor might come across as too forward. It will, especially if the hiring manager comes from a private university whose parents did donate and go to such a university. This is why you must do background checks on your interviewers before making your case. Faced with a legacy or donor interviewer, consider not highlighting your merit.

It is also possible the privileged hiring manager wants to help you out because s/he feels guilt for gaining such an unfair advantage. There are people who continuously struggle with their privilege, unable to discern whether it was their talent or their parents that helped them get to where they are.

Given words matter, perhaps this is an even better way to highlight your merit on your resume: first generation XYZ university alumnus. By definition, if you were the first, you are not a legacy. Although this doesn’t solve any suspicions of you getting ahead through massive financial gifts by your parents.

Given only ~40% of Americans have a 2-year college degree or more, less than 1% of all Americans will have attended elite private school universities.

In other words, a supermajority is on your side so do not be afraid to stand up for meritocracy! 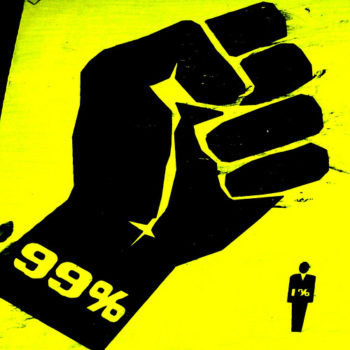 As a small business owner, I want to hire the most collaborative, smartest, efficient, and hungriest person available. I do not care where you went to college. There is no room for nepotism in small business because the financial buffers are too thin not to hire the best.

All I care about is your attitude and willingness to learn and get things done. Are you going to be a prima-donna pain in my side? Or are you going to stay hungry and keep on hustling?

If I can find an Ivy League graduate with such attributes who got in 100% due to merit, I’m going to hire that type of person all day long, all else being equal. But if I can’t, then I will have to be more thorough in my interview and search process.

Old money industries, like banking, private equity, venture capital, money management, and management consulting, are filled with elite private school alumni who will continue to have their biases, so tread carefully. But new money industries like tech and biotech are extremely focused on meritocracy. Over time, I’m confident old money industries will slowly remove their biases as well, starting by casting a wider recruiting net beyond specific private universities.

One of the end goals of going to college is to get as good a job as possible. If the gatekeepers are changing the way they hire, you best believe universities will change the way they accept students.

Related: Industries That Can Pay More Than $1 Million A Year

The Long-Term Trend Is Away From The Elites

In order live an easier life, you must recognize trends and adapt. Despite the massive accumulation of wealth by the rich in the latest bull market, the long-term trend is turning sour against the wealthiest people in our country who’ve received the most benefits.

Some of the rich and powerful are clinging on to elite education as the last bastion of the aristocracy while the commoners are using battering rams to break down the gates.

If you will be or are an alumnus of Harvard or other similar institution, I encourage you to do the following:

2) Stay humble. Instead of talking about your wins, discuss your struggles. People already assume you have everything.

3) Build your giving resume (time and money). Eventually, people will find out about you. And if they realize you’ve received all this help while you’ve done little-to-nothing to give back, you will be skewered. Besides, helping other people is the greatest gift on earth.

4) Stop working at companies that create useless products or take excessive advantage of minimum wage laborers. Don’t let your education and family wealth go to waste. If you’re oblivious, you’ll know once you see your company being questioned on the news about their labor practices.

5) Let your kids earn their way through life. One of the worst things you can do is take away your kid’s sense of pride and accomplishment by giving them everything. Let your kids deserve what they’ve earned.

In Search For True Meritocracy 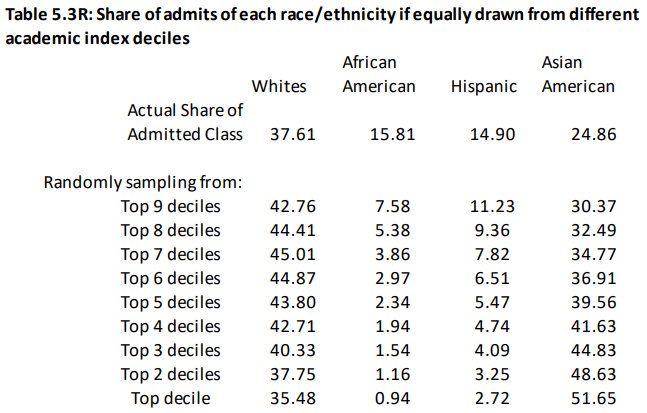 There are plenty of fantastic people who graduate from elite private schools. Let’s just not fool ourselves into thinking there aren’t extreme biases in the system that put the majority of people at a competitive disadvantage.

We will never have a true meritocracy. The only thing I’ve found that comes close is being a solopreneur. But we can take steps to help even the playing field by fighting for our beliefs. It would be foolish to ignore the uprising.

As an Asian-American with no private school pedigree and no multi-millions to give, I’ve decided to keep Financial Samurai running as insurance until my little boy grows up and tells me he wants nothing to do with learning about or running a location-independent small business. Even then, I’ll probably keep Financial Samurai going just in case he realizes dad is right.

Readers, do you think the reputations of elite private schools will decline once the world knows exactly how rigged the admissions system is? How would you advise graduates who weren’t beneficiaries of donor legacy to standout? Why don’t private institutions own the fact they use race, money, and legacy to craft their class now that the information is out there? If you are a parent, what will you do to help your child get ahead?

Would You Accept $1,000,000 For The Opportunity To Go To Public School All Your Life?

How To Compete In A Rigged Game

The post The Rapid Depreciation Of A Harvard Education: How Private School Grads Can Still Save Themselves appeared first on Financial Samurai.

The Rapid Depreciation Of A Harvard Education: How Private School Grads Can Still Save Themselves

time to read: 10 min
Welcome To The Financial Samurai Forum (FSF)!
How To Convince Someone To Buy Your Property When …
0